I thought I’d do a fun 2 part series where I talk about things I love and hate in books. Today is the Grinch-y half: things I hate. This isn’t things I hate that readers do, it’s just thinks I don’t like in books – plot, character, writing wise. 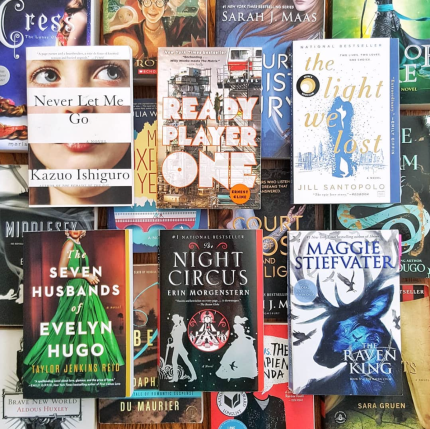 To preface, most of these won’t stop me from reading a book. They’re just things I’m sick of seeing or I find annoying. And for many of them, there are exceptions to the rule.

Women are strong. And all the caricatures of strong women floating around in literature is getting a little frustrating. I’m talking about the “I’m so strong, I can kill all these people alone, I don’t need friends or help” characters. I wish there more depictions of women being strong and powerful in other ways.

I’ll be the first to admit I’m as much Rhysand trash as the next person. But I think we need to be careful about romanticizing this type of behavior. And calling this series YA makes me even more uncomfortable.

This is usually a YA exclusive thing and it’s so annoying! I’m pretty sure this is a common frustration for many YA readers so I don’t have much to say on it.

Do not kill off a character only to bring them back a chapter later. I. Hate. This. Either have the guts to kill them or don’t. This has been done so many times that I pretty much expect it in every YA fantasy now.

This one drives me crazy! And uysually if this happens in a book, it happens a LOT. People don’t carry out entire in depth conversations in glances. Especially with people they have only known for a hot minute.

To be more specific – I hate when tension is built exclusively from the main characters not communicating. Usually this is between romantically involved characters, but I’ve seen it in friendships too. If you have questions about another person’s actions, just ask! This is frustrating to read. Plus I think more young readers could probably use examples of healthy communication skills.

This is piggy backing on #6. When the main character has a huge, secret plan that they refuse to share with the rest of the party. Just tell them! Keeping the master plan secret has helped exactly never.

8. Super Hunky and Perfect Male Character Falling in Love With the World’s Most Plain and Boring Female Character

I feel like there are too many one dimensional, boring female characters in general. But what sets me over the edge is when the male character who is attractive, and intelligent, and sensitive, and multi-layered falls in love with her for no reason. Why does she have to be so boring? Why does he have so much depth in comparison? Why would someone so seemingly perfect fall in love with her? Give me more!

I’m so over seeing friendships being depicted as catty and competitive. I see this mostly in female relationships, which make it even more frustrating. Not all women see each other as competition and we really need to stop enforcing that mindset.

Perfect example – the entire Throne of Glass series took place in the span of LESS THAN ONE YEAR! Now I really loved this series. But wtf?? It would have affected this story not at all to have made this happen over the course of a few years. And it would have made all the personal growth and relationships feel more realistic.

Man, I could actually probably go on for another 10… I had to start cutting back at the end because I kept coming up with more. What are some of your biggest bookish pet peeves?