Here’s what’s being released the next two months!

Alright so full transparency – I’ve been dreading this post.

These posts take a lot of time to research and write so I usually do them slowly throughout the month. But thinks are so chaotic that, that hasn’t been possible.

Book releases are changing every day right now so I’m not confident about any of these. And because so many books have been pushed back, this list is extremely short (I only have 6 books to talk about for all of May….)

But without further ado, here are some books that might be coming out in May and June.

This is hands down the slowest release month since I started this series at the beginning of 2019….

I know a lot of people have already gotten their hands on this book since it was an April Book of the Month pick. This is a classic whodunit mystery about a small cast of characters attending a wedding on an island off the coast of Ireland. 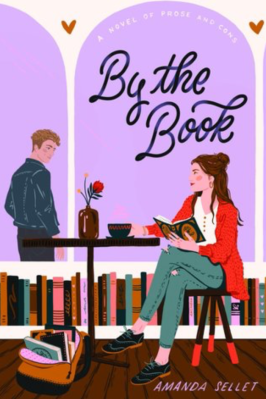 I know literally nothing about the plot of this… But this is being pitched as gothic, literary suspense following a group of students at a prestigious school. Those are all key words for me so I’m in. This as an alarmingly low rating on Goodreads though 😅

2. The Fascinators by Andrew Eliopulos

This is a YA, queer fantasy about a group of students in magic club in a world where magic is frowned upon. This synopsis gives me lots of Raven Boy vibes and I’m really excited about a new magical story with a strong friend group.

3. By the Book by Amanda Sellet

This is a YA contemporary romance about a young woman who dishes out love advice based of classic romances. I’m all for bookish MC’s and there’s a library on the cover… so I’m in 😅

This was another early release Book of the Month pick for April! And I have heard such amazing rave reviews. This is probably the book I’m most excited for this month. This follows 2 authors who are both struggling with writers block. So they spend the summer writing the other’s genres to try and break the block (and I assume falling in love). I’m. so. ready.

1. Something to Talk About by Meryl Wilsner

This is probably the book I’m the second most excited for. This is Berkely’s first F/F romance (on one hand yay! and on the other… it’s already 2020 wtf). It follows an actress and her assistant who find themselves in a scandal when a tabloid declares them a couple. I’ve seen mixed reviews and I’m not big fan of books about famous people, but I will 100% be supporting this book and author.

June is slightly better but a lot of things I was excited about this month got pushed back to August.

This is a YA fantasy that is compared to The Wicked Deep – which has me sold all on it’s own. This follows a group of witches who have to save their sinking island. I’m excited for a new witchy read. 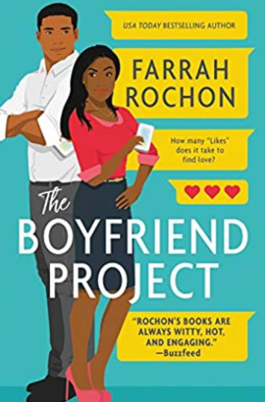 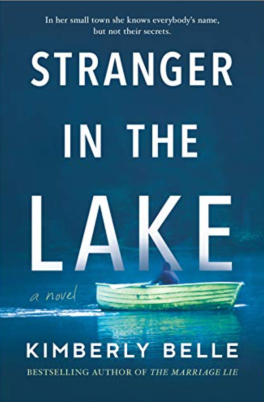 This is a new adult romance series following a group of woman who become friends when the discover the same man has been duped by the same man. One of the women decides to swear off men entirely and spend her efforts coding her own dating app. But that’s when she meets the man of her dreams.

This is a psychological thriller following two women who will do anything to secure their position at an advertising agency.

3. Stranger in the Lake by Kimberly Belle

This book gives me lots of Rebecca vibes. It’s about a woman who marries a widow and then finds a body floating in the lake. I’m really excited about this new domestic suspense! I’ve heard great things about this author.

1. The Girl From Widow Hills by Megan Miranda

This is the latest suspense, thriller from Megan Miranda. Years ago a young girl sleepwalked right out of her house and found clinging to a storm drain. Now, as an adult, Olivia has changed her name and tried to leave her past behind her. But the anniversary of the event brings up old memories and she starts sleepwalking again. This sounds so creepy.

In all honesty – I still haven’t read book 1… oops. This is a romance following the sister of book 1 after a viral tweet has the internet shipping her and her bodyguard. I’m not a huge fan of books about famous people but I love this concept.

3. Head Over Heels by Hannah Orenstein

This sounds like a really cute “chick lit” romance! It follows an ex-gymnast after a disastrous Olympic performance when she moves back to her hometown. There she’s asked to help coach the gymnastics team and sparks fly between her and the current coach. 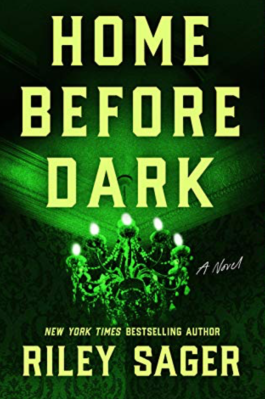 1. Home Before Dark by Riley Sager

One of my most anticipated books of the year!! This the latest thriller from Riley Sager and it follows a woman who returns to house made famous by her father’s best selling horror novel. Is the house really haunted? Or are there other dangerous secrets lurking around? I’m fully expecting to be terrified by this!

Another domestic suspense novel. This is about a woman on her 40th birthday as she reveals secrets she’s been harboring her entire life.

I wasn’t originally sold by this synopsis but the more I’ve heard about this, the more excited I am to give this a read! It’s a historical horror novel about a woman who receives a frantic letter from her cousin begging her to come to Mexico and save her. There she discovers a terrifying gothic manor full of dark secret.

4. Daring and the Duke (The Bareknuckle Bastards #3) by Sarah MacLean

This is the third and final book in The Bareknuckle Series and I’m ready for it. Not really though because I still need to read book 2. 😅 This series follows the bastard children of a duke and this final book is Grace’s story.

This is a YA fantasy about a girl who wakes up in the year 3102 on a new planet that believes she is a goddess. But she plays along so that she can discover why she was left in stasis and how she can get back to Earth.

Last but not least! This YA thriller following the new girl who looks creepily similar to Zoe, the girl who mysteriously disappeared last New Year’s Eve. As she dives deeper in the mystery, she becomes convinced that they are connected.

Again, it’s totally I missed some or that these books will be pushed back. But hopefully this list is at least somewhat accurate.

Let me know what new releases you’re most excited for the next two months!

Happy Saturday!! Are you having a productive or lazy day?
Happy Friday! 💙💙 What are your weekend reading plans? Do you have any?
If you were dropped into a thriller/horror do you think you'd survive?
It's been a minute - so what are you currently reading?? Are you loving it, hating it, or somewhere in bet? 💙
Did you set a June TBR or are you mood reading? What are you most excited to pick up? 💜
Are you an audiobook listener? What are some of your favorite audiobooks/narrators? ❤

Back to top
TBR and Beyond Tours
stephiebooks